It’s so very easy to toss around the idea that “we are all capable of so much more than we realise” with little critical evaluation – but exercise physiologist Tim Noakes’ Central Governor Theory offers genuine scientific credibility to the mantra.

Noakes’ summation that the human body stores levels of endurance and strength that are seldom (if ever) truly called upon is foundational to this modern interpretation of Misogi. Central Governor Theory details that the brain acts primarily as a regulator of the physiological system as a whole, limiting exercise output to safe levels of exertion in an act that was once a powerful evolutionary survival mechanism. The brain ensures its survival by limiting potential risk factors such as core body temperature, blood lactate levels, muscle recruitment and available fuel stores to non-debilitating levels.

If a hunter-gatherer on the Serengeti were able to push themselves, in the chase of a kudu, to such levels of heat exhaustion that death was a very real threat, then the human species may have been severely hamstrung in their efforts to feed themselves. Imagine how many tribesmen would run themselves into an early grave in the pursuit of a meal – or in modern times, how many Olympians would drop dead in the pursuit of glory?

Noakes argues that, in the tribesmen’s instance, the brain itself deliberately restricts the body’s ability to produce excess heat in a range of methods – by restricting muscle fibre recruitment, or by redirecting blood flow away from demanding skeletal muscle – well before a critically dangerous level of core temperature is reached. This theory is often used for an explanation as to why the occurrence of heat exhaustion is relatively common, and yet death from heat stroke is markedly more uncommon. The body is far more likely to ‘fail’ well before such a truly mortal threshold is crossed – with passing out from heat exhaustion serving as the brain’s last ditch attempt to get you to respond to its hints.

Body temperature is only one of countless variables that the brain seeks to restrict, in an effort to preserve the physical body. Noakes argues that the subconscious mind enforces similar ‘overrides’ in efforts to control maximal heart rate, the strength and power of muscular contractions, and the function of the pulmonary system in the event of lowered oxygen saturation.

One of the most glaring anecdotal examples of this theory in action can be seen at the thirty-to-thirty five kilometre mark of any urban marathon.

Observe closely the now-slowed pace of the average long distance runner at this point. While a limited pace and feelings of exhaustion are fairly typical here, as the body begins to switch its primary fuel source from muscle glycogen to stored lipids (fatty acids) – something remarkable occurs next.

The running speed is reduced dramatically, and the runner may feel as if they cannot continue – and yet soon the forty kilometre mark is reached, and friends and family begin to line the road to the finish line. All of sudden, a surge of energy shoots through the formerly struggling marathoner, and they find themselves blessed with a brazen restoration of stamina, and able to muster a quick finish into the chute. What has happened here at a physiological level, to cause such real struggles and desires to quit a mere five kilometres earlier, and then a staggering return to form near the end of the race?

Noakes argues that this is Central Governor Theory at work. The athlete’s brain, sensing varying and potentially alarming levels in the body of various crucial measures – including low muscle glycogen stores, a high core temperature and high blood lactate levels – unconsciously begins to enforce its own will on the body. This causes the intensity of exercise to unwillingly drop, bringing the aforementioned biological measures to safer levels – followed by a resurgence in intensity as the finish line, and biological safety, nears.

Crucially, this occurs on an unconscious level – meaning the whole process takes place autonomously, with no willing input from an athlete. Central Governor Theory is explored in depth in Alex Hutchinson’s aptly titled Endure: Mind, Body, and the Curiously Elastic Limits of Human Performance. The book offers consistently fascinating insight, with strong scientific credentials, into the sheer power that the brain yields over the human system. 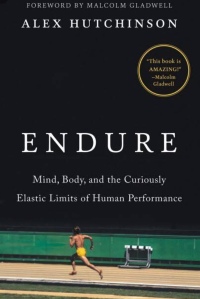 One notable experiment explored in the book sees a team of research scientists in Chile evaluate the effect that altitude has on the production and accumulation of lactic acid in the skeletal muscle at high efforts. The theory was that, as lactic acid is produced and accumulates at an exponentially increasing rate with lower levels of oxygen in the body, then working at a high intensity at altitude (where the oxygen in the atmosphere is less dense) would surely see a rise in measurable blood lactate.

Despite this intuitive assumption, the results were rather astounding. Rather than a predictably higher level of blood lactate in the muscles of the cycling athletes in question, a surprisingly low (almost non-existent) level of the byproduct was produced. This was later found, in subsequent tests, to be due to the fact that fewer and fewer muscle fibres in the large muscle groups of the cyclists legs were being recruited with each contraction, the lower the saturation of oxygen became – despite the cyclists’ own conscious efforts to work at a maximal intensity. The research team concluded that the brain was unconsciously limiting the ability of the muscles to function by restricting their output, to the point that lactic acid simply could not be produced at a ‘dangerous’ (unable to be dissipated) level.

This sort of research, and that comprising Noakes’ theory, lend genuine credence to the infamous Navy SEAL maxim – “when you think you’re done, you’re about forty percent done.” The brain will call for us to stop and rest, or to slow down, or to get warmer, well before is is truly necessary to do so.

While the restrictive processes of the brain are, as stated, unconscious and occur without any input, the allure of an early finish can clearly be avoided and ignored – as any endurance athlete can attest to. We have all felt the very real sensations of “hitting the wall” – nothing more than our body both changing fuel sources, and encouraging us to rest – only to continue for hours past this point.

This is, in essence, the science behind the concept of Misogi – there is a huge well of untapped endurance and physical potential within us, protected by well-intentioned survival mechanisms, that we are slowly learning to carefully and temporarily ignore in the pursuit of loftier goals.

It is a balancing act, for sure, as the risk of true overuse and overexertion can be real – yet we seldom ever find ourselves nearing that point. 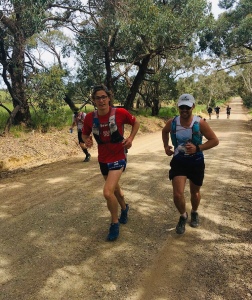 We rarely make demands of our physical bodies that genuinely push the limits of its capabilities – often for good reason. When a person makes contact with a high voltage of electricity, they may be launched across a room. There is no explosion taking place, and no external source of acceleration – rather, every muscle in the body is being forced to contract, and the victim is essentially jumping a huge distance of several metres, entirely unwillingly. Obviously, tendons and ligaments will rupture, and entire muscle groups may be torn – but it highlights the sheer kinetic potential stored within the skeletal muscle.

Misogi reminds me of this, every time I am faced with the inevitable pangs of “what the hell am I doing?” The will to stop at the eighty mile mark of an ultramarathon, or the unshakable desire to get the hell out of near frozen water, can seem unstoppable. Now, however, I take five minutes when on the brink of throwing in the towel to do a deep and thorough assessment of my hierarchy of needs. Am I developing frostbite, or kidney failure, or muscle cannibalism, or am I simply just uncomfortable and my brain is prompting me to make an adjustment?

This is a learnable skill.

We can learn to become more enduring, and more resilient. By throwing ourselves into difficult situations, we can build the necessary neuro-pathways to develop a level of familiarity with them.

We can improve our capacity for discomfort, and Misogi is the best way I have ever been shown.

One thought on “The Central Governor Theory, and The Science of Suffering”

-making the body a place of peace-